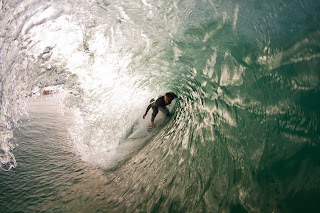 And 2011 draws to a close. Not with the bang that the early Autumn swells promised but with a bit of a whimper. There has been surf during December but there hasn’t been a lot on offer other than some surfs down at Hayle on Boxing Day and the 27th and a few, by and large, diabolical surfs at Praa Sands.
Overall though you’d have to say that 2011 was a good year. Surf-wise its been an incredibly violent time in the Atlantic and so long as there is enough swell you can always find a sheltered cove somewhere that will make sense of it.

Even the summer provided plenty of waves but next year some more sun would be nice!
If next year is as good I’ll be stoked – we’ve got a child due at the end of January, our first, so I have a feeling it will be a good one. Though I’m told very tiring. I guess I wont be surfing as much as this year!
Well, have a great 2012 from all of us at Gwithian Academy of Surfing – hope it gives you loads of waves and sunshine.