You are here: Home / Surfing Events / GAS Hurley No Pro 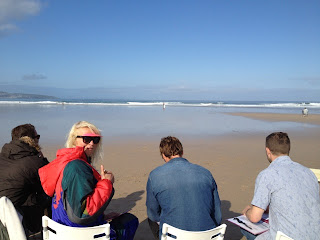 The 18th annual No Pro surfing event began in perfect overhead surf and under clear blue skies this Saturday 15th of September at Gwithian Beach. While the weather slowly deteriorated as the day went on the surfing standard stayed incredibly high throughout.
This event is unique in that only non-sponsored surfers are allowed to compete for the top prize making this a great day for the grassroots competitors in the sport.


This year boasted a field from such far-flung places as Australia, Brazil and Penponds all competing for an excellent range of prizes generously donated by event sponsors Hurley International. 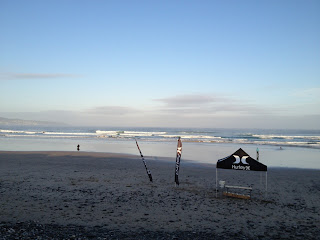 After a grueling day the Women’s division was whittled down to four surfers. Despite a spirited performance Beth Bainbridge finished in 4th position just behind Jemima Thompson. Bryony Motture made the most of some long high tide waves and took 1stplace over Lowenna  Murley.
The Junior  (16 and under) division was keenly contested by a
new wave of young surfers from Sennen and Helston. Isaac Marshall took the title with Jake Sage, Connor Stratton – Darling and Ruan Gyll – Murray close behind.
For the second year running there was a Master’s (35 and over) division and experience obviously counts for a lot. Eventual winner Tim Whitefield and second placed Lawrence Couch beat the comparatively youthful Alex Waite and Stephen Eddy into 3rd and 4thplace respectively. 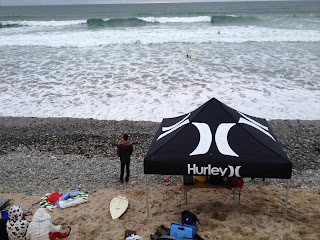 For the Open final the waves improved in size and quality set the scene for the closest final in the history of the event.  St Ives ripper Jacob Down and Penpond’s Rory Mason had used their superior local knowledge all day but were up against two of Australia’s and Brazil’s finest. In the end Aussie Matt Gibb took the title from Brazilian Fernando Moreira with Rory in 3rdplace and Jacob in 4th.
Gwithian Academy of Surfing would like to thank Hurley International and Down the Line Surf Co, the National Trust and Sue Nicholls at Cornwall Council for all their support with making this year’s event so successful.