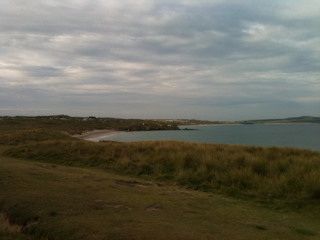 No one likes hurricanes. As one of the most destructive forces on the planet they seem to bring only misery and despair to anyone caught in their paths.
No one except surfers that is. Even surfers on the East Coast of the US look forward to hurricanes as while they can be devastating they also create perfect, powerful surf for their normally wave starved shores. It’s no coincidence that the East Coast’s Pro surf competitions are all held in hurricane season. European surfers benefit even more from them. For us surfers the perfect hurricane starts in the Gulf of Mexico, moves straight out in to the Atlantic and starts bowling surf towards us. No destruction, all creation.
Hurricane swells are distinct in that they have a really long swell period (wavelength for those who did GCSE physics) which is great for all surfers, whether beginning or experienced. That extra few seconds between waves (up to 18 seconds) makes a huge difference to swell quality; beginners get a little bit more time to get on their boards and start paddling, advanced surfers get longer paddle time between waves and get ‘out back’ easier.
Hurricane Irene unfortunately tracked up the East Coast causing mayhem in Connecticut and other US states before moving out to sea but now it looks like it’s going to send us some great swell. September is traditionally the best time of year for the Cornish surfer – loads of swell, relatively calm weather and the water is almost at its warmest.
It may be flat today but I reckon this weekend could be epic.