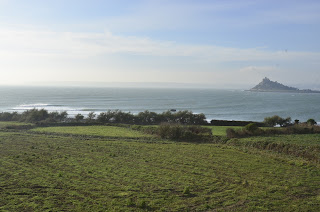 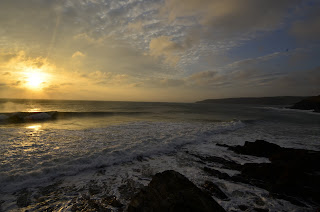 Some epic waves have been smashing into the South Coast today and due to the angle of the swell it has caught a lot of people cold. While most have been gazing out at ankle high waves at Gwithian and other West facing beach breaks on the North Coast those in the know, and those who had a tip off such as myself, have been presented with overhead waves the likes of which only break during a once in a lifetime swell.

Actually thats a huge exaggeration but they don’t break very often. Optimists might refer to these breaks as secret spots but glass half empty types, a sub-category that I definitely fall into, think of them more as infrequent spots. Everyone knows about them but they are so rare that unless you are right on the ball the first you here about them they are prefixed with ‘You shoulda been here yesterday’.
The top picture you should be able to work out where it is but the bottom one…. well, it’s a secret isn’t it? You’d never believe me if I told you anyway.